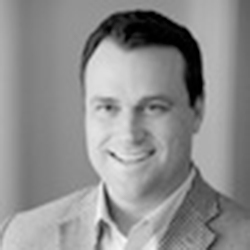 Mike Hedrei, one of our Managing Principals, heads up the firm’s Capital Raising and Sales & Trading departments. Mike joined the firm in 2014 to start a sales & trading division, and has lead the charge in building out an extensive institutional distribution network for the firm. In 2016 Mike transitioned over to capital markets to develop and lead that vertical. Since then, the firm has raised over 3 billion in equity & debt capital for financial institutions nationwide.

Prior to his time with Hovde Group, Mike spent five years with FIG Partners LLC; and seven years at Howe Barnes Hoefer & Arnett. He was an integral part in both organization’s growth initiatives in their institutional equity divisions. Mike started his career at Raymond James & Associates in their private client services department. During college, he had a stint in the 30 year bond pit at the Chicago Board of Trade.

In addition, Mike has had board experience with multiple banks: First South Bancorp in Spartanburg, South Carolina (until it sold in May of 2019); and Commerce Bancshares in Nolensville, Tennessee (prior to its July 2017 sale).

Mike graduated from Lake Forest College with a Bachelor’s degree in Finance and minor in Communications. He holds licenses Series 7, 24, 63 and 79.